On 24 August 2020, Ethiopia became the 165th and latest State to accede to the Convention on the Recognition and Enforcement of Foreign Arbitral Awards (commonly known as the “New York Convention”).

This followed the passing by the Ethiopian House of Peoples Representatives (parliament) on 13 February 2020 of the Convention on the Recognition and Enforcement of Foreign Arbitral Awards Ratification Proclamation No.1184/2020.  The New York Convention will now enter into force in Ethiopia on 22 November 2020.

This important development should make it considerably easier to enforce international arbitration awards in Ethiopia and thus enhance even further the attractiveness of its rapidly increasing economy to foreign investors.

The New York Convention was adopted on 10 June 1958 and initially gathered 24 signatories. With Ethiopia joining, the Convention now has 165 State parties. 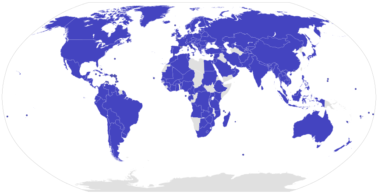 With Ethiopia joining the State parties to the New York Convention, it now gathers 39 African States. In East Africa, only Eritrea, Somalia, and South Sudan are still to sign. 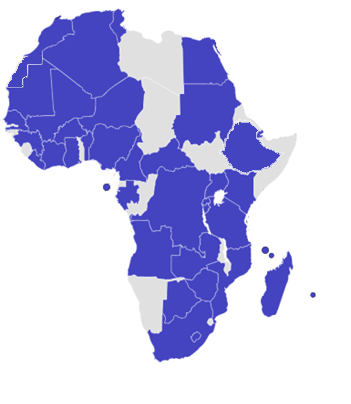 With a population of almost 115 million according to this year’s Worldometer ranking, Ethiopia is the second most populated nation in Africa after Nigeria. Its geographical situation in the Horn of Africa puts Ethiopia in a privileged position to access markets in the Middle East, despite being landlocked.

According to the World Bank, Ethiopia’s economy experienced “strong, broad-based growth averaging 9.8% a year from 2008/09 to 2018/19, Ethiopia’s gross domestic product (GDP) growth rebounded to 9% in 2018/19”.[1] This growth, twice the average in the region, was driven by government investment in infrastructure, as well as sustained progress in the agricultural and service sectors. The Growth and Transformation Plan (GTP) created in 2010 by the Ethiopian Government lasted for 5 years and was followed in 2015 by a second phase, GTP II, which will run to 2019/2020. GTP II aims to continue expanding physical infrastructure through public investment and to transform the country into a manufacturing hub and targets an average of 11% GDP growth annually.

Although public investment still plays a major role in Ethiopia’s growth, the country is also the biggest recipient of foreign direct investment in East Africa, according to UNCTAD’s 2020 World Investment Report. China and its Belt and Road initiative account for 60% of newly approved FDI projects.

The World Bank identifies the underdevelopment of the private sector as a limit to the country’s trade competitiveness and resilience to shocks. Accordingly, the government is now aiming to expand the role of the private sector through foreign investment and industrial parks to make Ethiopia’s growth momentum more sustainable.

The New York Convention is a cornerstone of international dispute resolution, as it grants predictability and thus security to foreign commercial actors. Before signing it, recognition and enforcement of international awards in Ethiopia was governed by the country’s 1965 Civil Procedure Code. The Federal Supreme Court of Ethiopia adopted a strict approach on proof of reciprocity and has so far only allowed the enforcement of international awards where a treaty of judicial assistance existed between Ethiopia and the forum of the award in question

Although Ethiopia’s Civil Code  already contains a chapter dealing with arbitral submission, a new and comprehensive domestic arbitration legislation aligned with the UNCITRAL Model Law is currently under consultation.

Ethiopia’s accession to the Convention is without question a step in the right direction, as it brings Ethiopia’s approach to international arbitration up to global standards, especially as far as recognition and enforcement of awards are concerned. Article III of the New York Convention lays the general obligation for Contracting States to recognize international arbitration awards as binding and to enforce them in accordance with their rules of procedure, unless the party against whom enforcement is sought can object by proving one of the grounds for refusal listed in Article V(1) of the Convention.

However, Ethiopia made three reservations when signing the New York Convention.

(i) The reciprocity reservation: Ethiopia will apply the Convention only to awards issued in the territory of another Contracting State.

(ii) The commercial reservation: Ethiopia will apply the Convention only to “differences arising out of legal relationships, whether contractual or not, which are considered as commercial under the national law of the State making such declaration”.

(iii) The retroactivity reservation: Ethiopia will not apply the Convention retroactively to arbitration agreements and awards that  predate its accession to the Convention.

The first two reservations are relatively common among signatories, but the third one much rarer. It will need to be borne in mind by those considering commencing arbitrations against companies with assets in Ethiopia.

At the moment, parties are studying ways of addressing the retroactivity reservation and ensuring that the Convention applies to their ongoing relationships and already signed agreements. Some are, for example, looking at re-signing arbitration agreements.

Despite this significant caveat, Ethiopia’s accession to the New York Convention should undoubtedly help to bolster its recent economic growth and help attract foreign investors where they are needed. Whether the accession is completely successful will now depend on the application of the Convention by the Ethiopian courts: whether they do so restrictively or following the more flexible international standards such as have been applied in pro-arbitration jurisdictions around the world.

* The authors would also like to thank Clara Boulanger for her invaluable assistance in preparing this article.